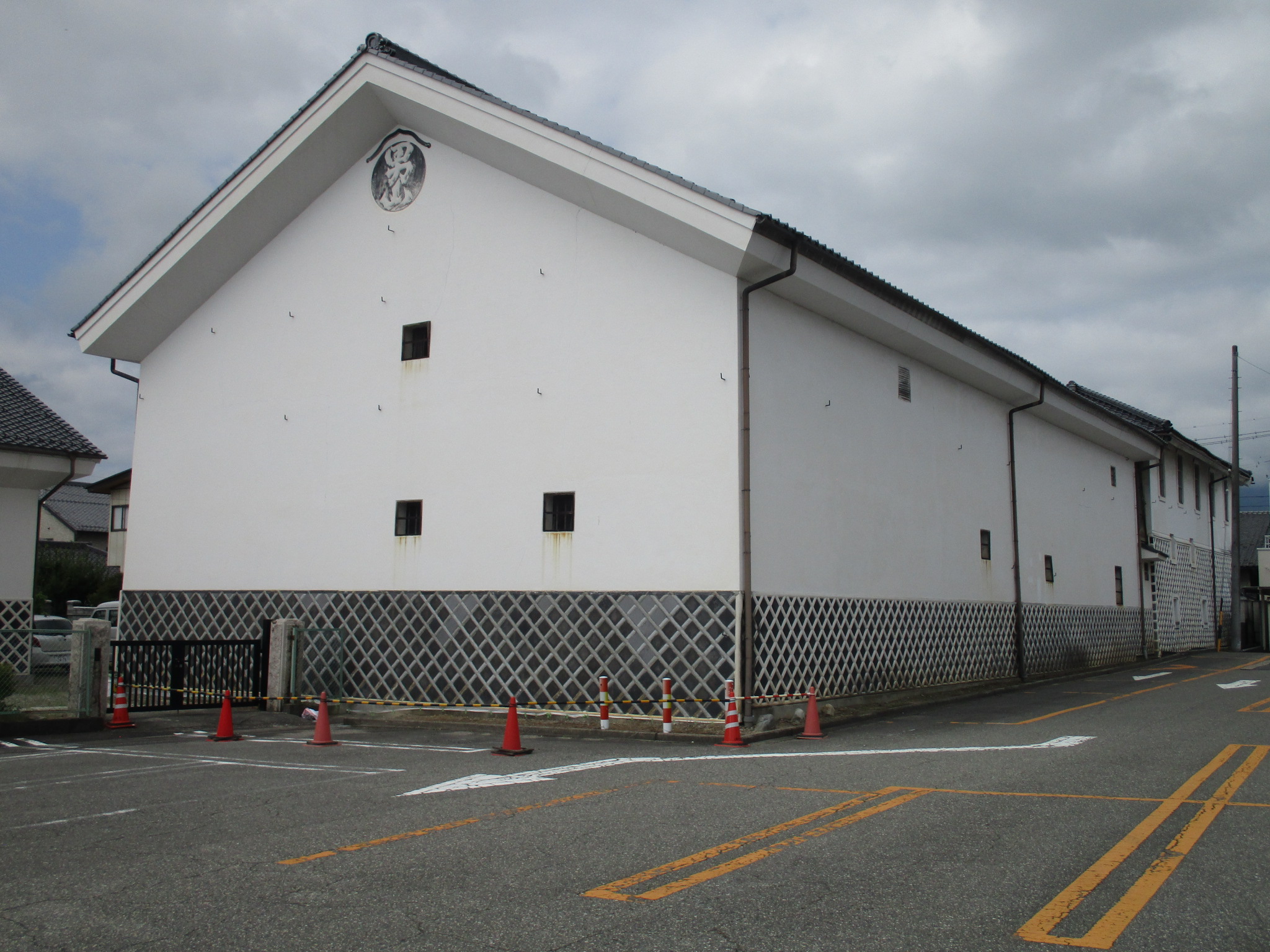 Ikeda was a shukuba (inn town) in the Edo period, along the Salt Road, a trade route running between Shinano and Echigo. It was here that in 1619, Toda Yasunaga, the lord of Matsumotojō, built Wakamatsujō as his retirement residence. His appointed successor at that time was Toda Tadamitsu, but his untimely death meant that in the end Toda Yasunaga remained at Matsumotojō, and Wakamatsujō was not completed. Wakamatsujō was a short-lived branch castle of Matsumotojō, and its feif was valued at 15,000 koku. This was out of a total of the 70,000 koku which Matsumoto Domain was worth at that time. Most lords at that time would not've been permitted to build an additional castle without a good reason (such as if their territory was widespread and discontiguous), but Toda Yasunaga was related to the Tokugawa by marriage - his wife was Ieyasu's foster sister - and also carried the Matsudaira name, and so he had such a privilege. In the end when Toda Yasunaga died in 1632, he was succeeded by Toda Yasunao who was relocated to another domain by the Shogunate.

Wakamatsujō's history remains strangely entwined with Toda Yasunaga to this day, however, as the site is now that of a saké brewery. I was amazed to see very large and old-looking kura (storehouses) here. Although none date all the way back to the Toda's time, such large storehouses were built throughout the Edo period as a storage place for rice. This was integral for Lord Toda because he replaced the system of landownership for his vassals with the 'rice store system', which paid them in unpolished rice, which was like a currency, instead. Therefore it was necessary to have large storage sites for rice, and these also served as relief granaries in times of disaster. At least one of these storehouses, known as 'goizō (御囲蔵)', survives at the site of Wakamatsujō! It became part of a silk factory in the Meiji period, during which time the town of Ikeda became very prosperous, surpassing the old salt-trading town of Ômachi to the north. But the silk market collapsed in Japan from 1938 and the storehouse complex was left to decay. Luckily it was purchased by a saké brewery and the old kura architecture is preserved to this day at the site of the castle.

No ruins remain of Wakamatsujō, a short-lived branch castle of Matsumotojō. There are, however, some very old storehouses (either late Edo or early Meiji period) on site. It's lucky these old storehouses were preserved. They were used to store rice for the payment of samurai vassals by their lord. Subsequently these ones were used at a silk mill, and then now as a saké brewery. I didn't know traditional storehouses could be so big! Apparently these granaries used to be found in villages throughout Matsumoto Domain.

Retrieved from "http://jcastle.info/smw2021/index.php?title=Azumi_Wakamatsu_Castle&oldid=56216"
Category:
This page was last edited on 8 August 2022, at 15:12.
Content is available under Creative Commons Attribution-NonCommercial-ShareAlike unless otherwise noted.
About Jcastle.info
Contact Jcastle.info