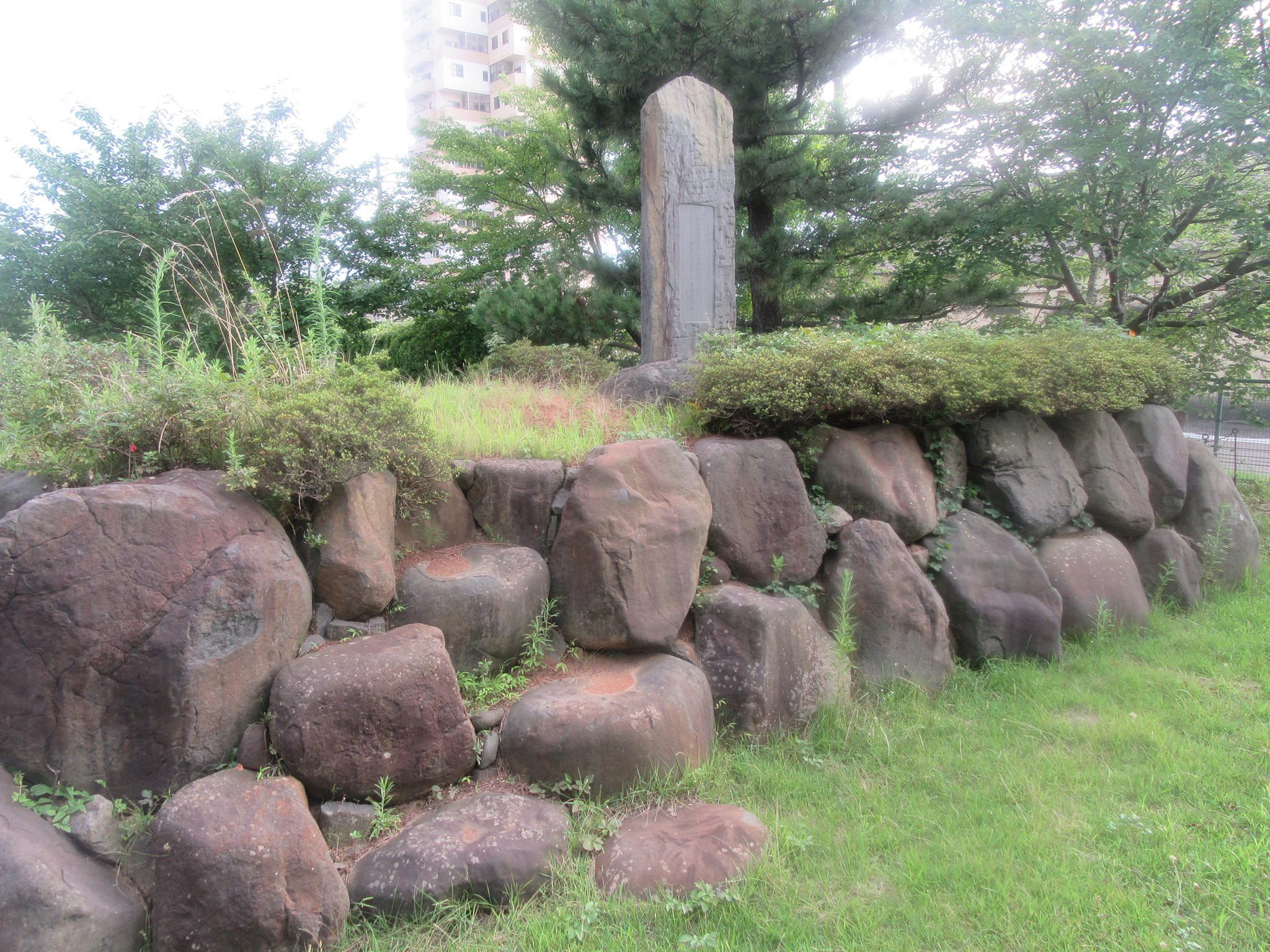 Echigo-Fukushimajō was built in 1607 by Hori Hideharu to replace Kasugayama Castle. Its history is brief, existing until 1614 between the rule of the area from the Sengoku Period yamajiro (mountaintop castle) Kasugayamajō to the rule in the Edo Period from Takada Castle (Niigata), a hirajiro (plainsland castle) like Fukushimajō. Fukushimajō was ruled by Hori Hideharu and his eldest son, Tadayoshi, and was the headquarters of the Echigo-Fukushima Domain.

The area was given to Matsudaira Tadateru, the 6th son of Tokugawa Ieyasu, in 1614. He relocated his base inland and, with the assistance of 13 other lords by order of the Shōgun, built Takadajō, replacing Fukushimajō. It is thought that the change in location came about because Fukushimajō was prone to flooding from the egress of the Seki River, although it is also said that Tadateru relocated inland because he couldn't sleep with the sound of the waves at night. Excavation work at the end of the last millennium unearthed the remains of Ishigaki (stone ramparts). Today the site is only noteworthy as forming a triumvirate of consecutive local castle sites along with Kasugayamajō and Takadajō.

A small site with nothing but an information board and a few stone markers, Echigo-Fukushimajō is now the site of a school. I came to see it because I had time at the end of the day and enough daylight owing to it being the middle of summer. It is part of the historical narrative of the area. Otherwise I wouldn't have bothered and I don't recommend it unless you're a hardcore castle explorer with time to spare in the area.

Retrieved from "http://jcastle.info/smw2021/index.php?title=Echigo_Fukushima_Castle&oldid=50575"
Category:
This page was last edited on 19 January 2022, at 20:48.
Content is available under Creative Commons Attribution-NonCommercial-ShareAlike unless otherwise noted.
About Jcastle.info
Contact Jcastle.info