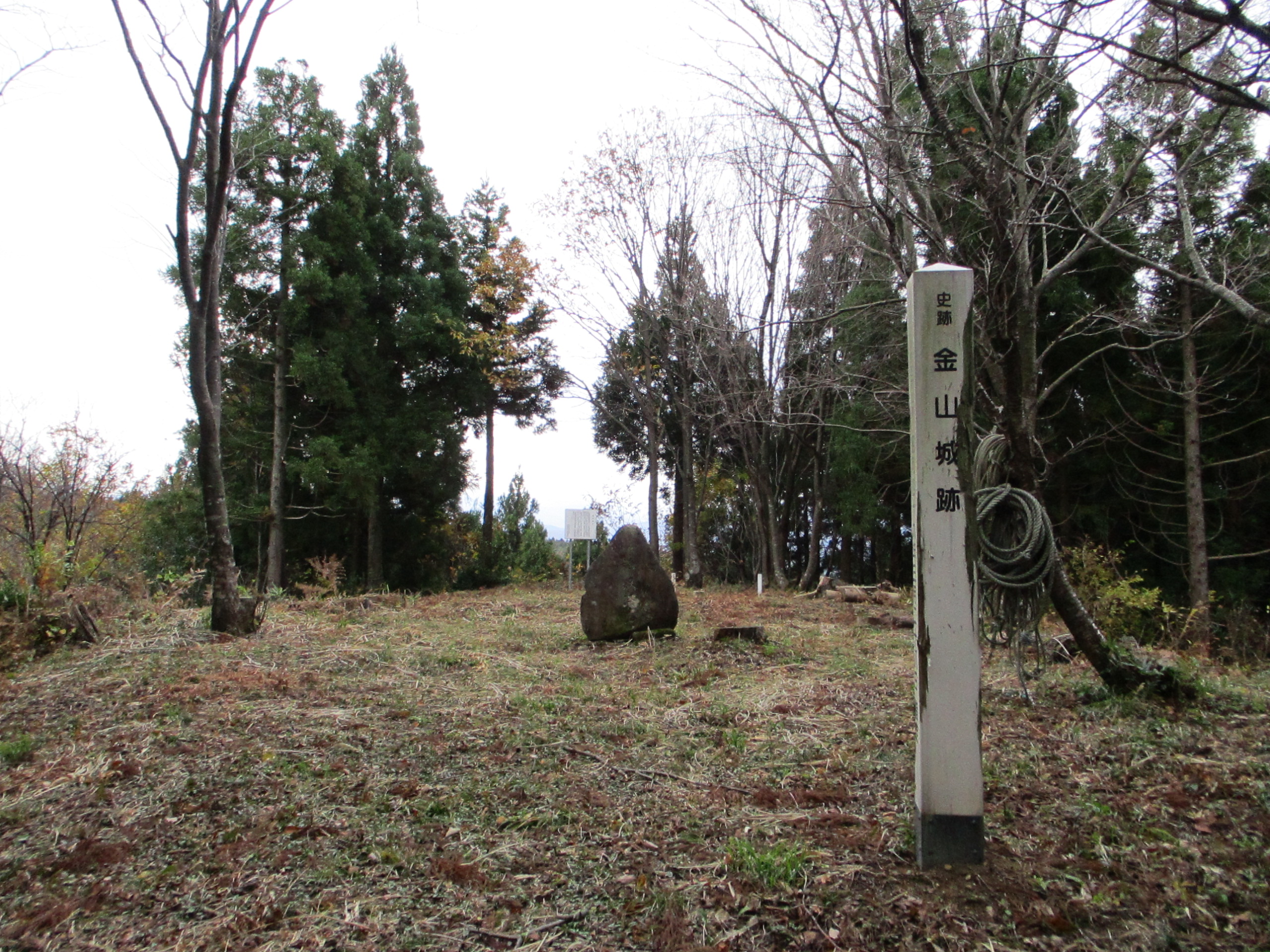 Kanayamajō's history is not well documented but it is thought to have served as a branch castle of Fudōsanjō located across the valley.

Kanayamajō in Echigo Province is a respectable mid-sized castle site with a host of features typical to yamajiro, including kuruwa (baileys) of several kinds, dorui (earthen ramparts), koguchi (gate complexes), horikiri (trenches), and tatebori (climbing moats). The ridge beyond the shukuruwa (main bailey) is perforated by five impressive trenches cut through earth and rock into the ridge. Before the shukuruwa is a series of terraced baileys with dorui and what I guessed was a gate site. From the shukuruwa one can get a good view of the interior valley and the mountain range where Fudōyamajō is located on the one side, and the Nihonkai (Japan Sea) on the other.

Kanayamajō is a little difficult to find. There is a sign on route 8 to the west of Kajiyashiki Station which indicates the direction of the castle. Follow this road and go underneath the by-pass, but before passing beneath the shinkansen railway turn left. This forestry road winds up to the castle. It’s possible to go all of the way to the beginning of the castle and park with a capable vehicle. I took the road beneath the shinkansen at first because it looked like it went close to the castle mount but this only ended in a dead-end in a valley.

Retrieved from "http://jcastle.info/smw2021/index.php?title=Echigo_Kanayama_Castle&oldid=49294"
Category:
This page was last edited on 30 December 2021, at 18:33.
Content is available under Creative Commons Attribution-NonCommercial-ShareAlike unless otherwise noted.
About Jcastle.info
Contact Jcastle.info