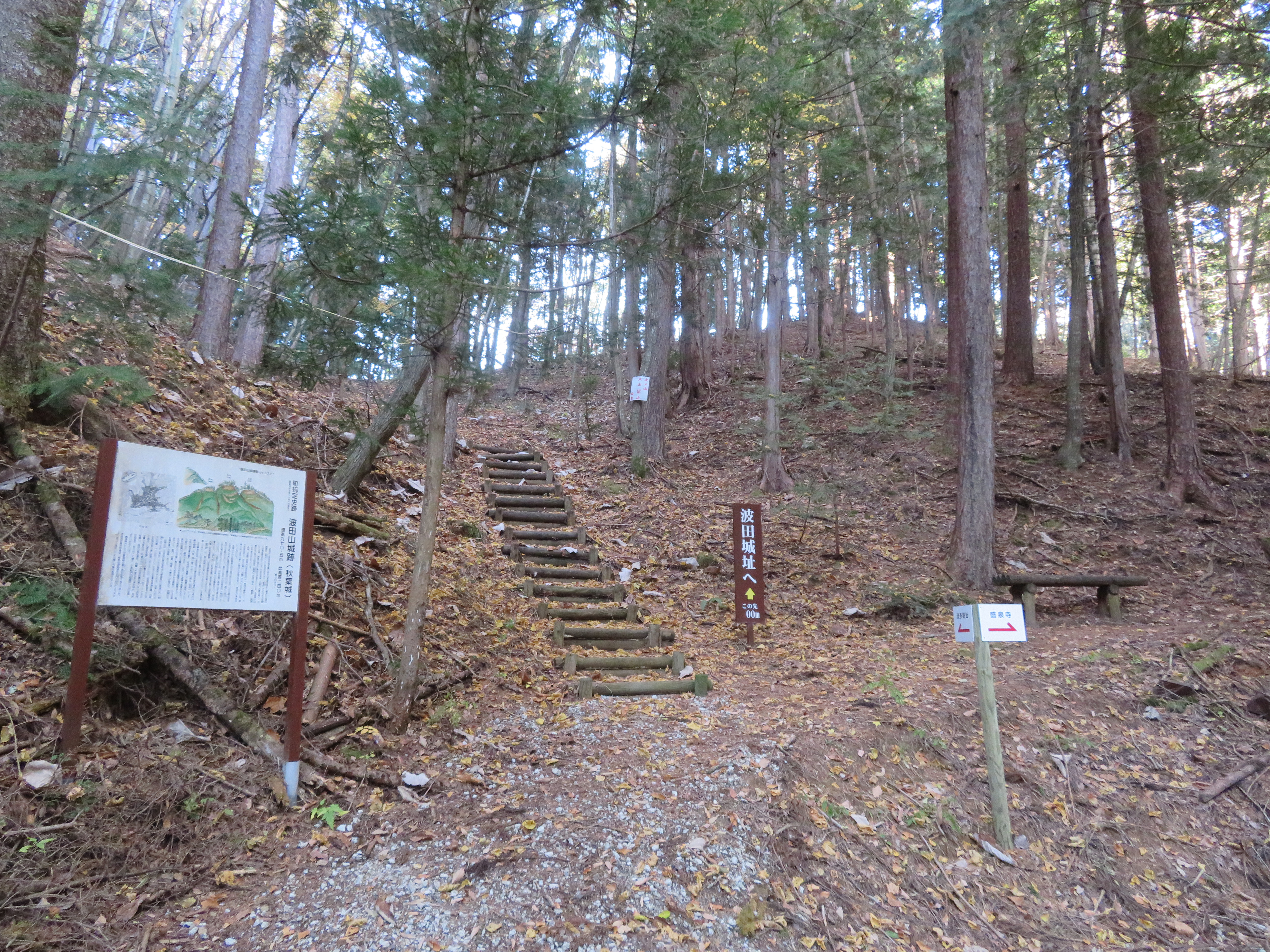 According to the historical record of Hata Village, in 1462 the Ogasawara Clan, who ruled Shinano as governors and had acquired the territory surrounding Hata-gō, built Hatayamajō on the mountain and Kushikijō in the village, next to the temple of Saikōji. Hatayamajō guarded the approach into Shinano from the Kiso Valley. In the late 15th century Hatayamajō was used to repulse attacks from the Nishimaki and Nishina clans whose encroachments had much weakened the local Hata Clan. In 1524 Hata Kazuma became castellan of Hatayamajō. Hatayamajō (along with nearby temples) was completely destroyed by the Takeda Clan in 1552.

Hatayamajō consisted of, and indeed the ruins attest very clearly to this, three baileys: shukuruwa (main bailey), kita-kuruwa (north bailey), and minami-kuruwa (south bailey). Many koshikuruwa (sub-baileys) can also be seen. The minami-kuruwa and kita-kuruwa both have a smaller sub-bailey immediately below them, forming a rough square layout with one depressed corner. This is quite an interesting layout, and is more pronounced in the north bailey. It may be due primarily to the shape of the mountain the castle was carved out of.

Between each integral bailey is a large horikiri (trench), the horikiri between the shukuruwa and minami-kuruwa being the deepest. The shukuruwa, which is roughly oval in shape, has the deformed remains of dorui (earth-piled ramparts) ensconcing it. An ido (well) is also to be found in the shukuruwa, toward the southern end. There is evidence of terracing along the lower slopes of the mountain.

In order to reach Hatayamajō one must take a long, winding utility road and follow signs marking the "historical trail" and those indicating a temple ruin. The castle is not mentioned specifically but when one almost comes to the temple ruins it is to be found along a road veering to the left. There is a map here on which the castle is identified. I didn't have time to inspect the temple ruins, unfortunately, but they seem to be the main attraction on the mountain, with signposts for it even in the village of Hata below. The village of Hata has a main road with old, vernacular dwellings along it. There are several more fortification and temple ruins there.

Retrieved from "http://jcastle.info/smw2021/index.php?title=Hatayama_Castle&oldid=33337"
Category:
This page was last edited on 2 February 2020, at 18:46.
Content is available under Creative Commons Attribution-NonCommercial-ShareAlike unless otherwise noted.
About Jcastle.info
Contact Jcastle.info