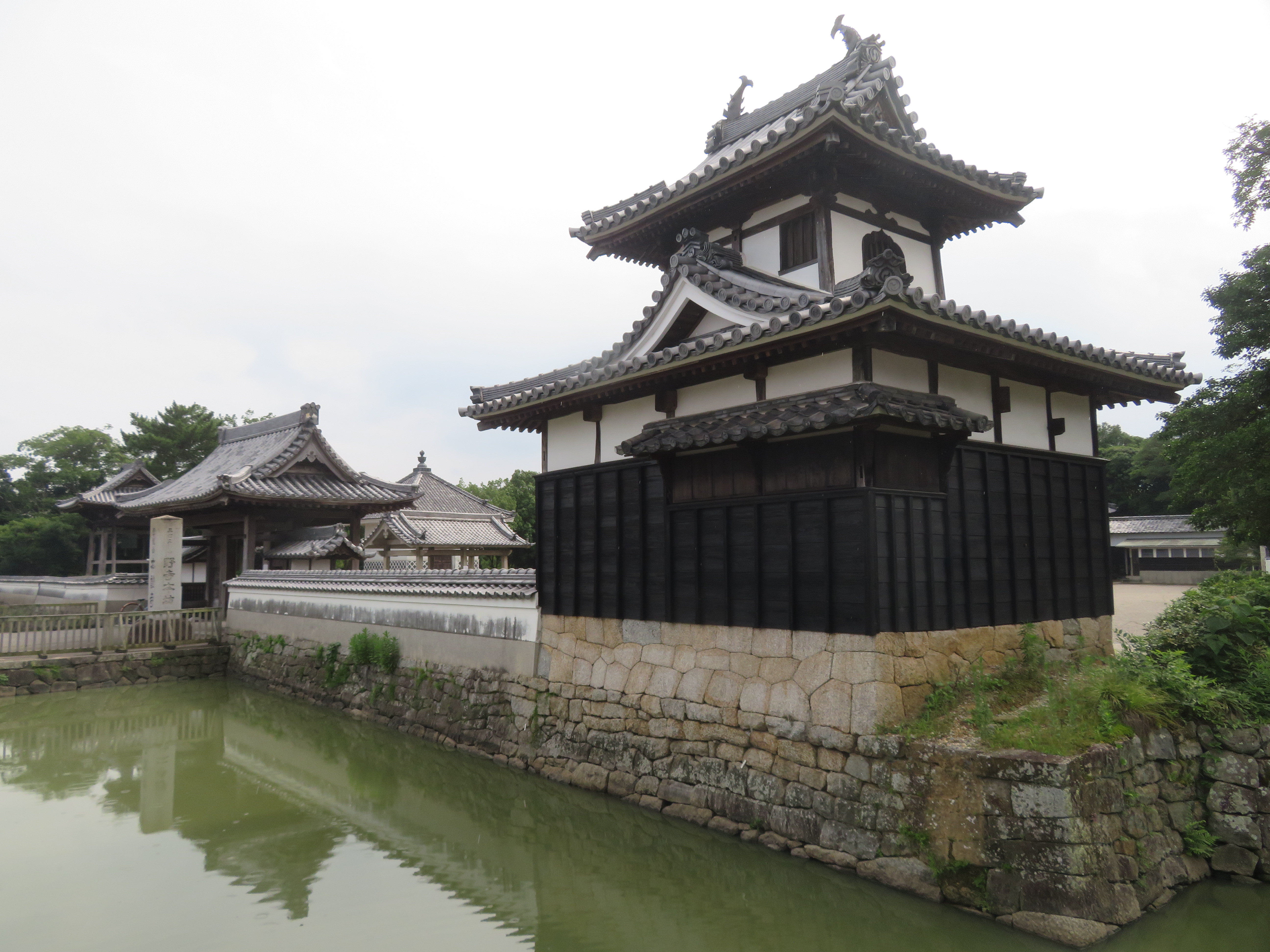 The temple Honshōji militarised in the Sengoku Period as the power of its Shugo (provincial governor) wanned. The displacement of Shugo was a process seen throughout Japan, usually accomplished by what would become Daimyō, though in some cases Ikki (alliances) were formed by local samurai and other groups. In Mikawa the first part of the Sengoku Period saw power accrued by the local chapter of the religious Ikkō-ikki, and they fortified Honshōji, an Ôtani-ha Jōdoshin-shū temple, as a base of operations. Attracting the support of provincial samurai, monks and non-samurai laymen, by the mid-Sengoku Period Honshōji became a major military force in the province, along with Jōgūji and Shōmanji. The Mikawa Ikkō-Ikki were eventually defeated by Matsudaira Motoyasu (later known as Tokugawa Ieyasu), with their final devestation coming at the Battle of Azukizaka in 1564. That conflict began due to a series of provocations from both sides, and the focal point was Jōgūji, but one of the Ikki's responses involved the garrison at Honshōji attacking a merchant there. The castle is also recorded in historical records as 本証寺城, using alternative kanji. Much of the temple was rebuilt in the Edo Period with patronage from the Shogunate, starting with Tokugawa Ietsuna, and the structures we see today are reconstructions dating to this time.

Honshōjijō is both a castle site and a temple, a rare example of a fortified temple, the temple in this case being Honshōji. The temple-castle consisted of a system of moats, inner and outer, as well as dorui (earthen ramparts). Today the outer moat is mostly lost, but the inner moat fairly well preserved, ringing most of the temple. The front gate of the temple is accessed via a bridge spanning this moat, and here there is a drum tower with adjoining walls. The drum tower, a designated cultural property, is built like a yagura (turret) on an ishigaki (stone-piled ramparts) base, and so we see a typical castle vista, albeit on a more compact scale.

A network of dorui is located behind the temple's main hall. I could glimpse these ruins from the roadside but this area of the temple is not open to the public. When I visited, the temple's waterways - that is the former castle's moats - were busy with wildlife, including humungous toads which barked at me and ran up and down the banks. These black-skinned, football-sized critters may have been bullfrogs (non-indigenous to Japan).

The drum tower, an Edo Period reconstruction of a tower first erected in the Sengoku Period, dates to 1760. All structures at the temple date to the Edo Period (Hondō: 1663, Shōrō: 1703, Kyōzō: 1823, gates: around 1700), as they were each in turn rebuilt after becoming dilapidated. The structures adjacent to the moat have connections to the site's fortified past and this is evident in the looking, especially with the drum tower, but the current structures date to after the temple ceased to function as a fort, so perhaps calling them extant castle structures is improper, but they appear to qualify as reconstructions of castle structures, albeit proto-modern rather than modern! So, to clarify, I consider these castle structures, but not strictly original. That won't really matter to most people anyway. I recommend visiting this site if you're looking for something new in the area. I went expecting very little, so to see these castlesque buildings and toad-ruled moats was an unanticipated, enthralling adventure for me.

Retrieved from "http://jcastle.info/smw2021/index.php?title=Honshouji_Castle&oldid=41484"
Category:
This page was last edited on 31 August 2020, at 23:19.
Content is available under Creative Commons Attribution-NonCommercial-ShareAlike unless otherwise noted.
About Jcastle.info
Contact Jcastle.info