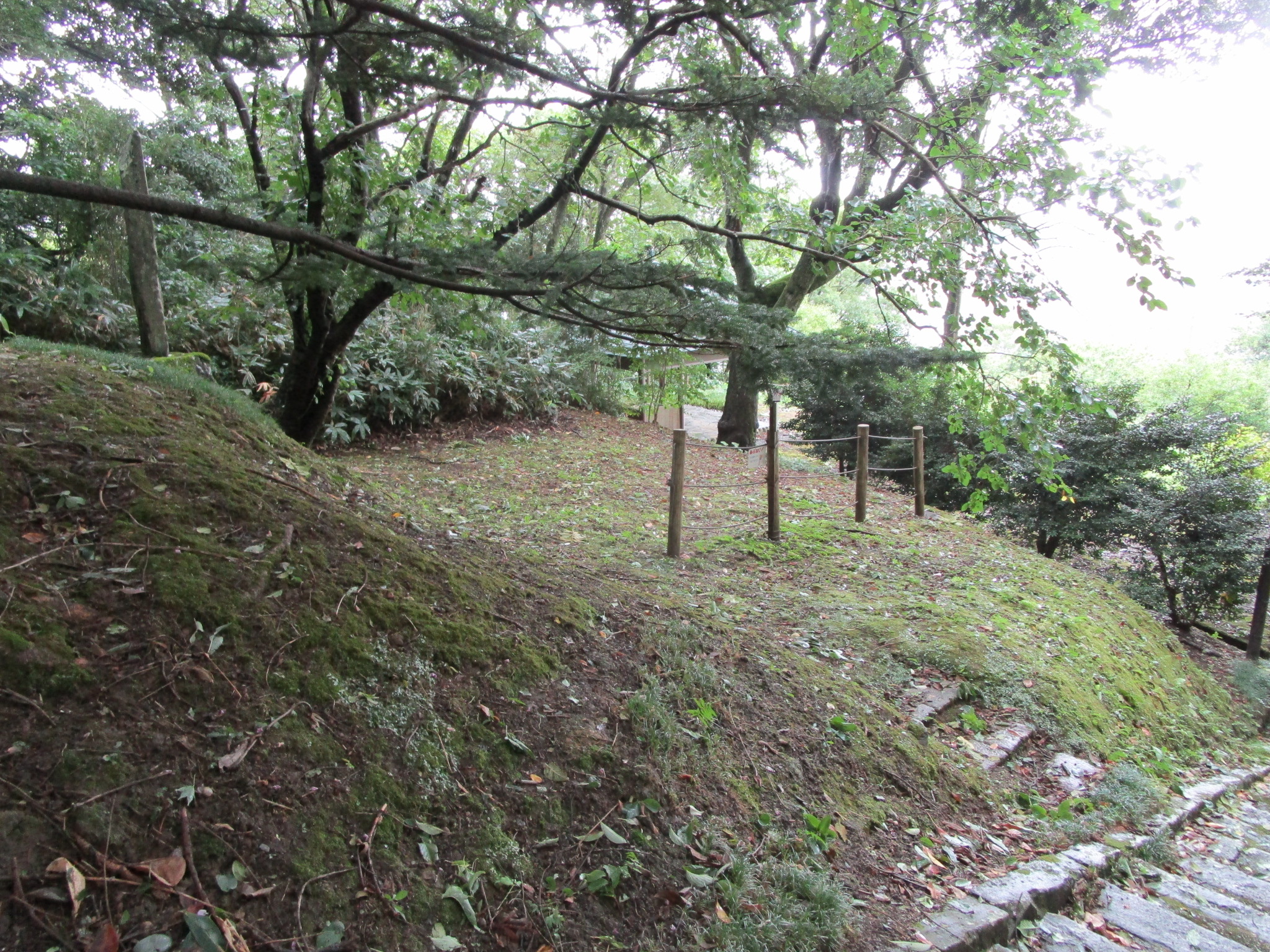 The origins of Utasujō are not known, but according to a letter written by Tokue Suekazu, in 1369 Utatsuyama was controlled by Momoi Naowa as he had his encampment there. It was at that time that Yoshimi Samanosuke attacked and took over the site.

In 1577 Uesugi Kenshin briefly encamped upon Utatsuyama during his invasion of Kaga Province. The site was likely abandoned before the Edo period and the construction of Kanazawa Castle. Utatsuyama was also the site of Utatsu-Hachimangū, a shrine dedicated to Maeda Toshiie, the ruler of Kaga, between 1599 and 1873. This institution would be subsequently relocated to the site of the Kanaya Palace at Kanazawajō, and renamed to Oyama-jinja, whereupon the original shrine was renamed to Utatsu-jinja. A statue was donated to the new shrine by Utatsu-Tenmangū, which is part of the same shrine complex as Toyokuni-jinja, which was built over the ruins of Utasujō in the Edo period.

Utatsuyama was restricted space during the Edo period because it overlooked Kanazawajō. This was considered a potential security risk. This restriction largely preserved Utatsuyama but during the Bakumatsu period the authority of the daimyo weakened and the site was opened up to development, which may have destroyed any surviving remnants of fortifications.

I should not have gone to Utasujō for any other reason than its proximity to Kanazawajō. Since I had dedicated the previous day to visiting that great castle and its environs, my visiting this very minor site, Utasujō, can be considered incidental to that. It was also the spur of the moment thing; the weather had soured and threatened my original plans to leave Kanazawa that morning for Niigata. So I thought maybe there might be something to see here on Utatsuyama, a mountainous area northeast of Kanazawajō with many parks and temples. There are said to be several castle sites located in these foothills, of which Utasujō is one.

Little to no ruins of Utasujō remain; it is now the site of a shrine complex centred around the Toyokuni shrine. Whilst terracing of the hillside is evident, it is not obvious whether this is related to any fortification of the hill, or just the Edo period shrine. I had expected a little more, perhaps naively, because the site appeared on a castle exploration app’ I was using. This app’ doesn’t have too many sites on (relatively speaking), so it can be useful for quickly seeing what might be worth investigating in an area. However, it tends to also highlight very minor sites if they are located close to larger, famous sites. I don’t know what to call this phenomena, but there are sites that, amongst castle fans, enjoy much more attention than they warrant, simply because they are not far from bigger sites that many explorers visit. This explains why such a minor site like Utasujō would feature on an app’ which simultaneously misses off literally thousands of better sites. However, I must credit Shiro-meguri with providing an explanation about the site, something I have not found anywhere else.

Retrieved from "http://jcastle.info/smw2021/index.php?title=Kaga_Utasu_Castle&oldid=48830"
Category:
This page was last edited on 18 October 2021, at 13:18.
Content is available under Creative Commons Attribution-NonCommercial-ShareAlike unless otherwise noted.
About Jcastle.info
Contact Jcastle.info