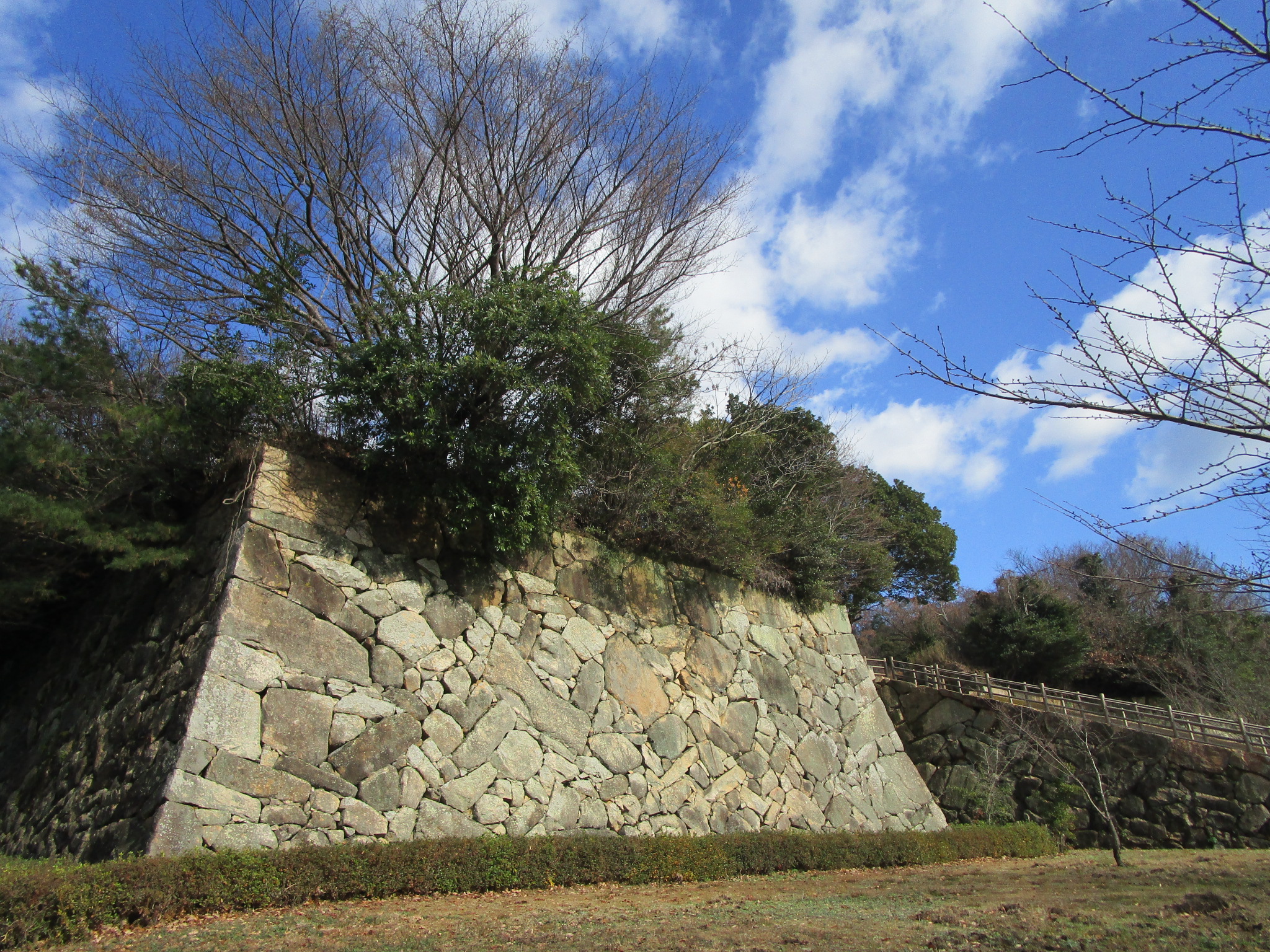 Chōshū Domain, under Lord Mōri Tadachika, began attacking foreign shipping in the Kanmon Strait in May 1863. At this time Kushizaki-jin'ya was used as an administrative center, and the castle-mount adjacent was used for gun emplacements. During the Shimonoseki Wars, a French fleet was able to punish Chōshū and even capture a daiba (cannon emplacement), hauling off many cannons. Most accounts of the events of that year focus on the engagement by the USS Wyoming, a steamer, with Chōshū ships. The USS Wyoming sank two of three of Lord Mōri's Euro-American-built ships (a bark, a brig, and a steamer), but then was forced to retreat under fire from daiba. It opened the way for the French to make their punitive expedition, however, which proved more successful.

Faced with vulnerability from the coast, Lord Mōri relocated inland, starting construction on the Katsuyama-goten in 1863, and completing it in just seven months by mobilising "every man and woman in the domain". In the meantime he had stalled for time, and raised up the two ships sank by the Wyoming. After completing his new base, the attacks recommenced, and this forced the western powers to act, with the Royal Navy of Great Britain leading the Shimonoseki Campaign of 1864. The coalition forces destroyed Chōshū's ability to wage war, capturing all of the coastal defences. Lord Mōri surrendered on Sep. 8th.

In modern times the site of Katsuyama-goten became the headquarters of the short-lived Toyōra Domain, and its successor, Toyōra Prefecture, which was later merged into Yamaguchi Prefecture. In 1873 the palatial complex was dismantled, but some structures were auctioned and relocated to Kakuonji, a temple in Chōfu (Chōfu is the jōkamachi (castle town) of Kushizakijō).

This is a unique site where one can explore impressive Bakumatsu Period ishigaki (stone-piled ramparts), the remains of a fortified palatial complex built by Mōri Tadachika in 1863. The site consists of three baileys, the honmaru (main bailey), ninomaru (second bailey), and sannomaru (third bailey). The honmaru can further be divided between the outer (本丸表) and interior (本丸奥) enclosures, which were divided by a mizubori (wet moat) and ishigaki (with only the latter remaining). Ishigaki can be found throughout, especially around the front of the honmaru, and a large ramp rises from the ninomaru to the honmaru. Some very large stones were used in constructing the great ramparts. Tellingly, we can see that the fortification does away with such older defensive features as masugata gate complexes, which was also the case at Yamaguchijō, also built in Chōshū Domain at around the same time.

Parts of the original palatial complex survive and have been relocated to Kakuonji, a temple in town.

Retrieved from "http://jcastle.info/smw2021/index.php?title=Katsuyama_Palace&oldid=48575"
Category:
This page was last edited on 24 August 2021, at 15:12.
Content is available under Creative Commons Attribution-NonCommercial-ShareAlike unless otherwise noted.
About Jcastle.info
Contact Jcastle.info