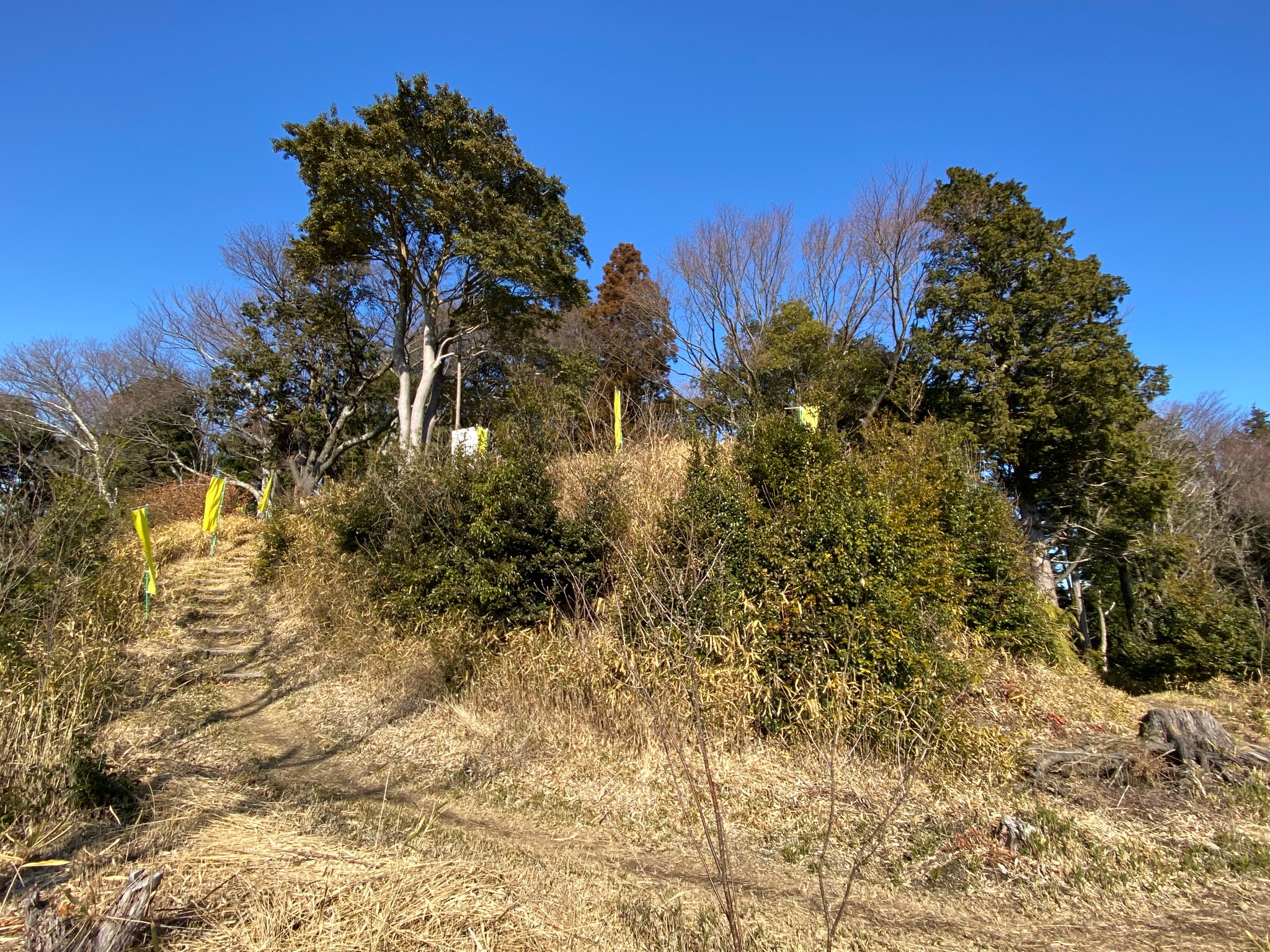 Mikawa Yamanaka Castle, one of the largest mountain castles in Aichi Prefecture, is said to have been built around 1500 by the Saigo clan, vice-governors of Mikawa Province.

Yamanaka Castle is said to have been built as the clan’s emergency fortress, but given its large size and location, it could well have been the headquarters and residence of the Saigo family.

In the early mid 15th century, the Saigo clan advanced northwards across the Otogawa River where they established Okazaki Castle. However, this move brought them into conflict with Tokugawa Ieyasu's grandfather, Matsudaira Kiyoyasu, then 19 years old and leader of the Matsudaira family for six years. Kiyoyasu was able to defeat the Saigo, and take Okazaki Castle as his own.

After Kiyoyasu was murdered in a mishap at Moriyama Castle in 1535, Yamanaka Castle became the headquarters for the Imagawa clans’invasion of western Mikawa.

The total area of Yamanaka Castle covers about 400 metres east west and 200 metres north south on a 120 metres high mountain, surrounded by two streams which form a natural moat. The Honguruwa (main compound) is about 30 metres long and 15 metres wide, with Ni-no-maru area, about 50 metres long and 20 metres wide, built at about a meters height difference. These baileys are surrounded by thick dorui earthen walls. These earthworks have been eroded somewhat over time and in the past would have been much higher and more prominent.

To the east and below the main and second baileys is the 20-metre-long square shapedHigashi-guruwa bailey , which is key to the castle’s central defences. Below it, on two ridges stretching to the north and east, are terraces of baileys. Each line of terraces has dry moats at the choke points and twisting paths to form enemy obstacles on approach.

Just below this eastern bailey is a semi-circular Umadashi! Umadashi were an effective defensive barrier and compound complex built in front of castle gates, used as a screen to facilitate cavalry charges and attacks during times of siege. Like a barbican gate system, the Umadashi worked like an airlock for a castle, allowing attack parties to sally forth and safely return, without letting the enemy in.

They served as a first line of defense, protecting the main gates. It’s only a small Umadashi, but to see it used in such a position, and so high up the mountain was fascinating!

Yamanaka Castle’s multiple (at least 8!) northern facing tatebori, vertical trenches up the side of the mountain, and horikiri, deep V shaped trenches preventing enemy advances across mountain ridges, (lost count of how many) are quite impressive.

Like most yamajiro, Yamanaka Castle makes very good use of the natural defences of the mountain, augmented and strengthened by the ingenuity of the samurai and their earthwork skills. Naturally, the top of the mountain was cut flat to form a circle.

Parts of the mountainside are also cut away to form Obi-kuruwa, like flat paths around the mountainside. These were created not only to create more space, but also to make the hillside steeper and more difficult to climb. These steep slopes, called a kirigishi, are a most important defensive feature. Most people only see the obi-kuruwa baileys without realising that they are the result of a kirigishi being formed. At Yamanaka Castle, the easily recognisable Obi-kuruwa are very visible. Walking around the narrow ring like paths, you can see how difficult it would be to climb up the bank and how easy it would to shoot arrows and matchlocks in defense from above.

Yamanaka Castle has played an important role in history and boasts links with the Matsudaira, Tokugawa, Imagawa and Sakai clans. It is easily accessed, relatively easy to climb, is being maintained slowly but surely, and being the largest mountain castle site in Aichi Prefecture, it’s a must-see.

Retrieved from "http://jcastle.info/smw2021/index.php?title=Mikawa_Yamanaka_Castle&oldid=57129"
Category:
This page was last edited on 21 August 2022, at 11:06.
Content is available under Creative Commons Attribution-NonCommercial-ShareAlike unless otherwise noted.
About Jcastle.info
Contact Jcastle.info