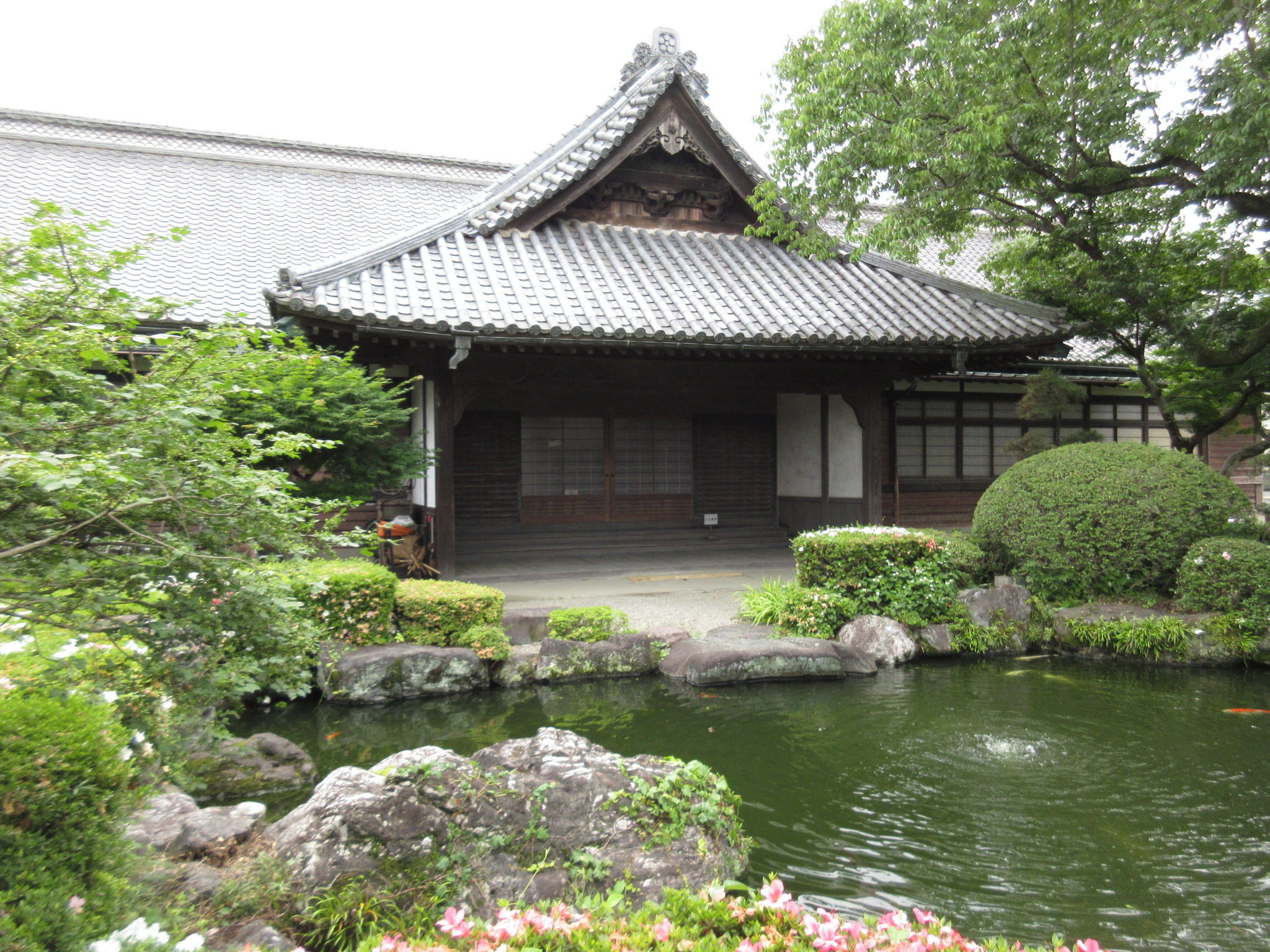 Nanokaichi-jin'ya was the centre of the small fief in Kanraku County established by Maeda Toshitaka, the fifth son of Maeda Toshiie, in 1616. The domain was worth 10,000 koku and was awarded to Maeda Toshitaka for his meritorious service at the Siege of Ôsaka, and his descendents ruled the domain over twelve generations for the rest of its existence (until 1871). In 1664 the fiefdom was valued at 12,036 koku, and by 1684 this had risen to 13,135 koku, presumably owing to the development of the land rather than any territorial expansion. Nanokaichi-jin'ya served the domain rather than a castle because of its small size and because of its financial dependecy upon the Maeda Clan of Kaga Domain.

In the 1830s Nanokaichi Domain was ravaged by the Tenpō Famines. In 1842 Nanokaichi-jin'ya was gutted by a large fire and the main residence had to be rebuilt; the surviving portion of the goten dates to 1843. It was around this time that the domain also established its Hankō ('Samurai School'), called Seikikan (成器館). After the Boshin War, in which Nanokaichi Domain participated on the side of the Restorationists during the Aizu Campaign, Seikikan was redesignated as the domain's Bunbu Gakkō (School of Literary and Military Science). The Bunbu Gakkō, and the fact that the jin'ya reverted to government control in 1871, is probably why the jin'ya site became Tomioka High School in 1897.

Nanokaichi-jin'ya has a handful of extant structures, but most of them have been relocated off-site. The two on-site buildings are the nakamon (middle gate), also called kuromon (black gate), and a portion of the palatial compound, the shoin (drawing room) with genkan (entrance parlor) attached. The goten (palace) dates to 1843, and may be the only surviving jin'ya goten in Kantō. Buildings from nearby bukeyashiki (samurai homes) also survive. Most of the site of the jin'ya is now Tomioka High School, but a small corner has been retained with the surviving structure of the jin'ya which is now a pleasant garden. In addition to the buildings there is also a segment of dorui (earthen ramparts) and a large mound at the corner of the site, called 'goten'yama (palace mount)', which was a yaguradai (platform for a small tower). The shoin, which looks like it has undergone structural alterations since the Edo period, is usually closed to visitors, but I hear that tours for large groups can be arranged through the school.

As for the relocated structures, these are scattered around and throughout Tomioka Municipality. There is one structure in the downtown area near the silk mill, and this is perhaps the jin'ya's uramon (rear gate). It is now somebody's front gate, and it has been restored with adjoining fences and stone walls, and looks very new. The main doors alone are black with age, presenting a stunning contrast. Though very pretty, it seems that very little of the original gate has survived. To find the uramon go one block north from the northwest corner of the silk mill and take a left; the uramon can be found at a point where there is a crank(shaft)-like bend in the road.

The other two relocated gates are located in the countryside. The jin'ya's ôtemon (main gate) is actually to be found in neighbouring Shimonita, a township in Kanra District; it can be located on Google Maps by searching '旧七日市陣屋移築大手門'. It is located just below Mayamanishijō, a yamajiro (mountaintop castle), and is now part of an old rustic residence. The gate is part of a larger wall which looks quite impressive and is becoming of its pedigree. It seems to be in mostly good shape. The jin'ya's minamimon / nanmon (south gate) is to be found in the Myōgi area outside of Tomioka town centre; it can be found on Google Maps by searching '七日市陣屋移築南門'. When I was looking at the gate a lady came out, so I explained about searching for jin'ya gates, and she said that, in addition to the front gate being from Nanokaichi-jin'ya, the gate on the otherside of the property was from Obata-jin'ya!

Other historic structures related to the domain include two gates which belonged to the Hosaka family who served as the (hereditary) karō (chief ministers) of the domain. The north Hosaka residence retains a handsome nagayamon (row-gatehouse). Although I missed it (there's always something!) there is pond next to the road on the northeastern edge of the property which is said to be the remnant of the outer moat of the jin'ya. That would place the Hosaka residence within the outer moat, showing a primacy of placement. The south Hosaka residence is now the site of a Kendōjō (a training hall for fencing), and it has a large gate. Though somewhat impressive the shape is a little unusual, and it seems like this gate may have been subject to many restorations over the years which have altered its apperance. Once again the central doors of the gate appear to be the oldest part.

Retrieved from "http://jcastle.info/smw2021/index.php?title=Nanokaichi_Jin%27ya&oldid=53684"
Category:
This page was last edited on 13 June 2022, at 20:57.
Content is available under Creative Commons Attribution-NonCommercial-ShareAlike unless otherwise noted.
About Jcastle.info
Contact Jcastle.info