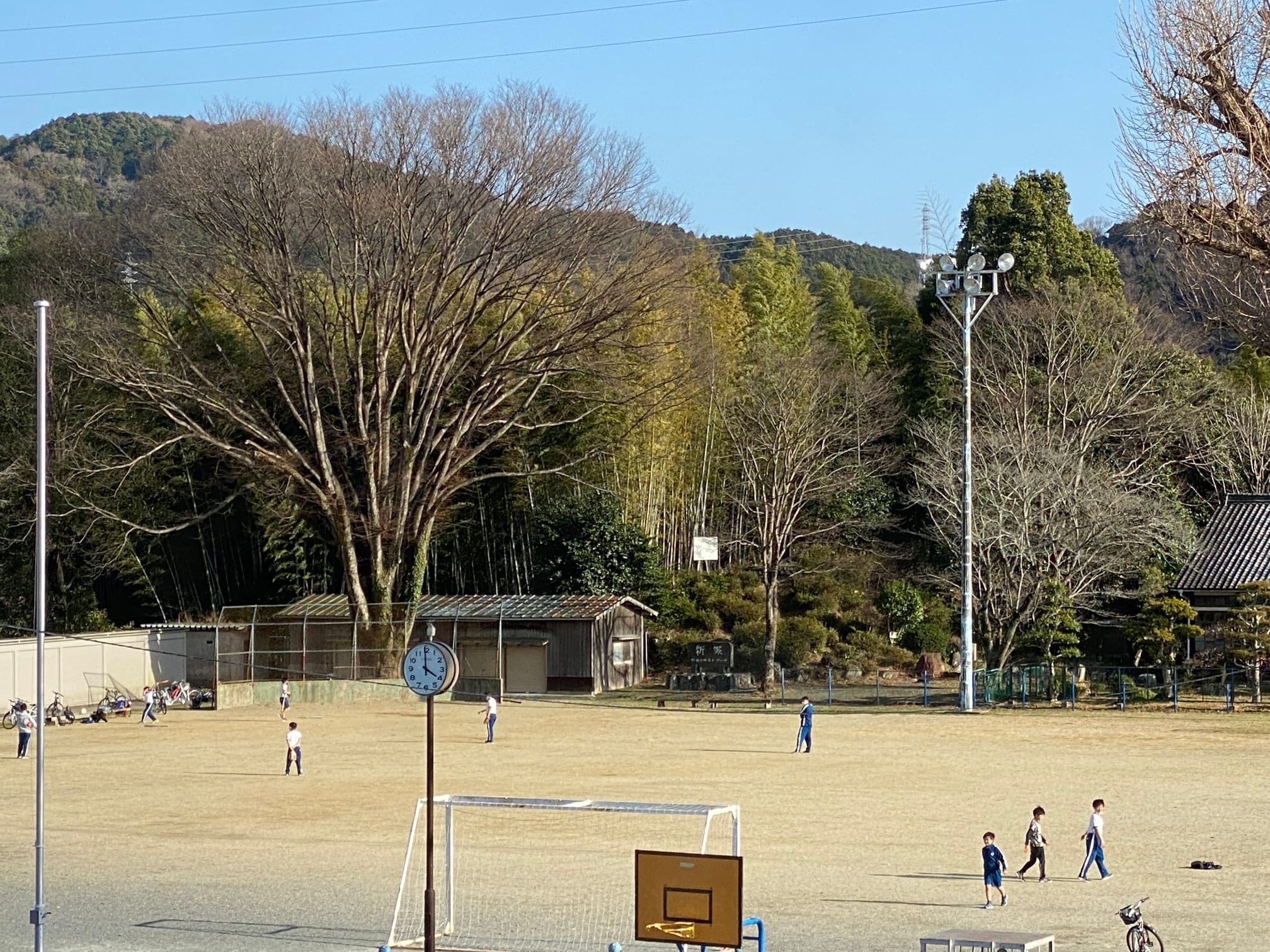 As Nagashino Castle had been badly damaged during the Battle of Nagashino in 1575, its young master — one of the heroes of the campaign — Okudaira Nobumasa, abandoned Nagashino and relocated to Shinshiro, building a new castle on the land currently around the Shinshiro Elementary School’s main playground and forming the new jokamachi, castle town to the north. This new castle was named, Shin-Shiro (新城) or New Castle, and as there was another castle also known as Shinshiro, this one was named Shinshiro-Jo,…or New Castle Castle.

Okudaira Nobumasa was still only 21 years of age at the time of Shinshiro Castle’s construction, and so his father-in-law, Tokugawa Ieyasu, is said to have assisted in determining the location. Because of his bravery in action and steadfast loyalty to the Tokugawa, he was given Ieyasu’s eldest daughter, Kamehime, in marriage. Not only Ieyasu’s daughter, but according to the legend, an equally impressed Oda Nobanaga offered the young man the honor of adopting one of the kanji characters from his name — a very high honour — changing his name from Sadamasa to the better remembered Nobumasa The castle itself was around 500 x 500 meters in size, with the Toyokawa River protecting the southern flank, and fortified samurai residences built around the other three sides. In the central south was the large Honkuruwa, or main bailey, surrounded by a thick dorui, an earthen embankment around four meters high and over four meters wide at the base, forming a 100 x 100 meter upside down U shape. The section facing the river was opened but protected by sharp cliffs. Within this section was the large Goten, a palace-like structure containing over 70 rooms, serving partially as the lords’ living quarters as well as audience chambers and administrative offices. These structures remained until around 1887. The dorui were destroyed with the expansion of the school in the early Showa period, circa 1940. A ring of trees around the outer edges of the school ground mark the site of the old dorui.

Tokugawa Ieyasu was transferred to the Kanto region in 1590, and Okudaira Nobumasa went with him. In his place, Katagiri Hanemon, a vassal of Ikeda Terumasa of nearby Yoshida Castle became the castelan. The Mizuno clan, Ieyasu’s mother’s family, were installed in Shinshiro after the Battle of Sekigahara.

In 1648, Tokugawa clan Hatamoto Suganuma Sadami was transferred along with 200 of his samurai and their families from Tamba (Kyoto) with 7,000 koku to Shinshiro Castle. As the Suganuma had neither the rank nor the income to be castle holders, Shinshiro Castle was demoted to Jinya status. During the Suganuma clan’s time at Shinshiro, the area to flourished as a relay point for riverboats and pack horses. The Suganuma clan remained in charge of the Jinya until the Meiji era.

Retrieved from "http://jcastle.info/smw2021/index.php?title=Shinshiro_Castle&oldid=57118"
Category:
This page was last edited on 21 August 2022, at 11:01.
Content is available under Creative Commons Attribution-NonCommercial-ShareAlike unless otherwise noted.
About Jcastle.info
Contact Jcastle.info