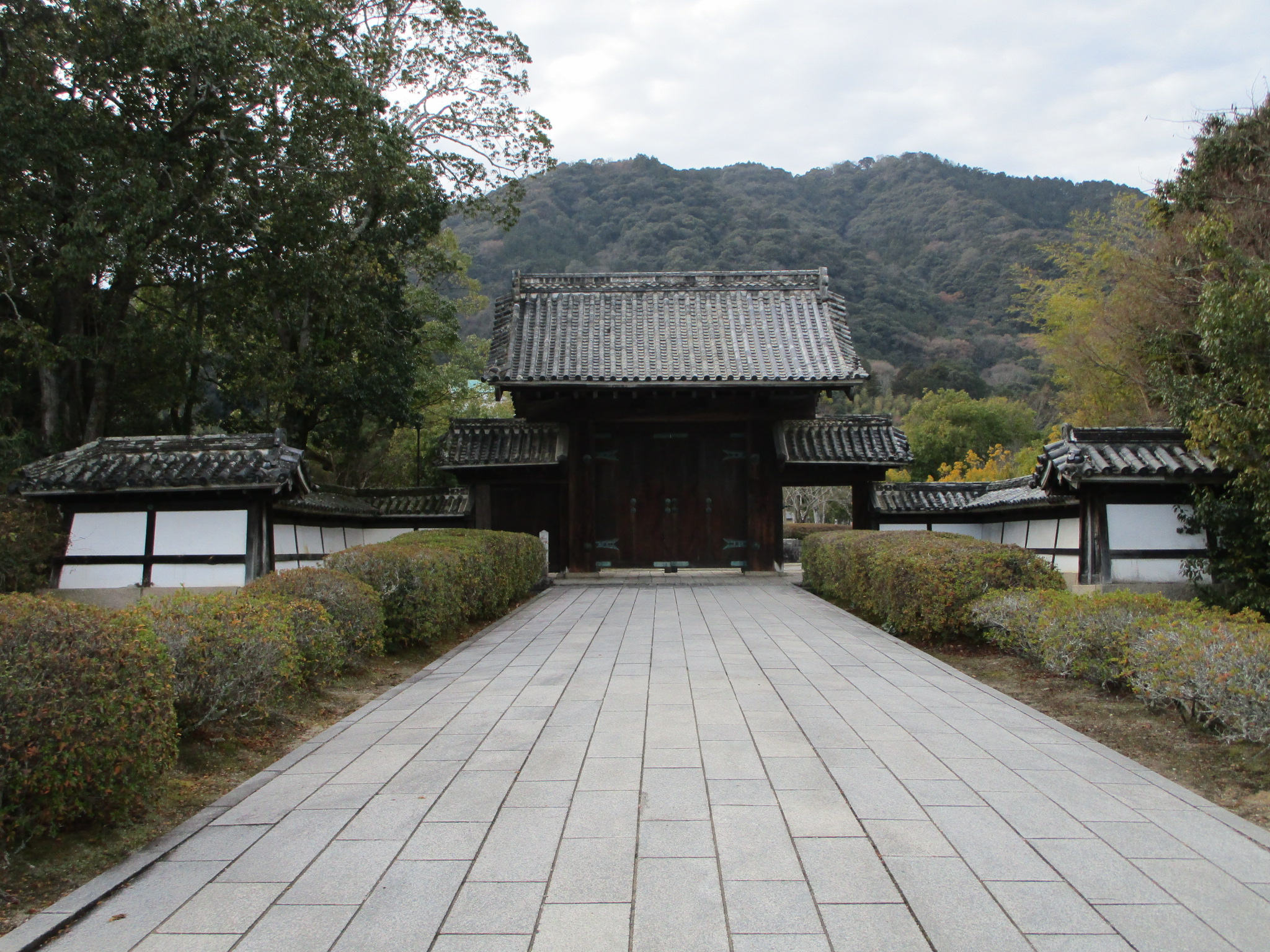 Yamaguchijō was built in 1864 by Mōri Tadachika to replace Hagijō on the Japan Sea as the capital of Chōshū Domain and the headquarters of the Mōri Clan. This decision was taken a year before when Lord Mōri enjoyed a day trip to Yuda-onsen, actually a cover for a political scheme to relocate his main base. Hagi was geographically isolated and vulnerable to conservative forces, but Yamaguchi was closer to the strategic area of Shimonoseki. Inspired by Emperor Kōmei's Jōi Chokumei (Imperial Commandment to Expel the Barbarians) Chōshū-han began conducting a campaign against the European powers from May 1863, attacking their merchant vessels in the Kanmon Strait. The loss of two ships to an American warship, and the raid on one of the domain's coastal batteries emplacements by the French, however, convinced Lord Mōri of the need for inland strongholds which would leave him less vulnerable to the foreigners' advantage at sea. Both the Katsuyama-goten in Chōfu, replacing Kushizakijō, and Yamaguchijō were built with tremendous speed by 1864. The Chōshū Domain conceded defeat, however, following the Shimonoseki Campaign led by the Royal Navy of Great Britain in early September of that year which saw all of the domain's coastal batteries captured and their cannons confiscated.

That was not the end of it though. The whole episode had only underscored how weakened the Shogunate had become, and Lord Mōri focused on overthrowing the Shōgun. Chōshū and Satsuma formed the Satchō Alliance in 1866 and defeated Tokugawan forces and the Ōuetsu Reppan Alliance (and Ezo, which was not a republic), unifying Japan under the new emperor, Emperor Meiji. In a move of great symbolism, Chōshū became the first domain to turn over all of its lands to the new Imperial State, and feudal domains were officially abolished in 1871. At this time Yamaguchijō was decommissioned, and became the site of government for Yamaguchi Prefecture.

Yamaguchijō was built as a modernised castle, and instead of yagura (keeps), used earthworks as cannon emplacements. The main gate of the castle was retained for the prefectural offices and survives to this day, as does the moat and its embankments.

Yamaguchijō is a very interesting site. There are extant mizubori (water moats) lined with ishigaki (stone walls). The moats form a jagged angled barrier to hem the site in beneath mountains. An extant gate structure remains as the main entrance. This yakuimon type gate survives as it was used for successive institutions – and now the offices of prefectural government are located amidst historical buildings from the industrial era. The gate is really formidable but we can see that it was not built as a large main gate in the masugata style as with the castles of old, for Yamaguchijō was built in 1864! Yamaguchijō was a progressive castle, and was built with 19th century cannon in mind. It seems that in place of towers it had batteries! This would’ve been incredible to see in its day.

Retrieved from "http://jcastle.info/smw2021/index.php?title=Yamaguchi_Castle&oldid=44648"
Category:
This page was last edited on 21 January 2021, at 21:18.
Content is available under Creative Commons Attribution-NonCommercial-ShareAlike unless otherwise noted.
About Jcastle.info
Contact Jcastle.info